For Connecticut's Wildweeds, it was fun (sort of) while it lasted

For Connecticut's Wildweeds, it was fun (sort of) while it lasted

It was also strong enough, despite its lowly position on the chart, to warrant inclusion in an early-'90s Rhino one-hit wonders compilation. The other region where it was big was the South—where another white soul group, The Hour Glass, led by Gregg and Duane Allman, also cut a version, which surfaced a decade ago on The Allman Brothers box set.

In later years, The Wildweeds were also renowned in 20/20 hindsight for their most famous alumnus: guitarist/singer/main songwriter Al Anderson, who later played with NRBQ for 22 years (and wrote one of the great rock'n'roll radio tunes, "Ridin' in My Car") before becoming one of Nashville's top tunesmiths.

This month, music fans saw the arrival of the Hartford-area band's anthology CD, "No Good to Cry: The Best of The Wildweeds," compiled by Richard Brukner (longtime producer for New London's Reducers) and released on New York-based Confidential Recordings, the label he runs with singer Michael Shelley.

It was remastered and remixed by Doc Cavalier and Richard Robinson at Wallingford's Trod Nossel Studios. The Wildweeds (then called The Weeds) recorded "No Good to Cry" there in 1966, when it was still Syncron Studios; Cavalier, after buying the studios the next year, found the song's tapes in the archives, reworked it into single form, then helped arrange a deal for its release on Chess Records' subsidiary label, Cadet.

"I was happy about it," said keyboardist Ray Zeiner, of Simsbury, of the collection. "It was about time it was done correctly. Even the vinyl (recordings) weren't the best quality." He was referring tothe sonic quality of both the original records, which none of the band members were happy with; and a bootleg anthology LP that came out in the late '80s. Now, he said, "I think a lot of the material sounds fresh."

The new disc (at www.confidentialrecordings.com) brings back a flood of memories not just for fans, but band members. Not that all the memories of the band were great ones, mind you.

Windsor native Anderson, now living in Santa Fe, N.M., is not one to hold back much. "I didn't care if it came out. I didn't have many fond memories of it," he said. That was until he heard the tapes again recently and "after I heard Bob playing 'I'm Dreaming' on bass." Bob was Bob Dudek, a Stamford native, blind from boyhood, who stepped in after original bassist Al Lepak Jr. went into the Army; Dudek died in June of cancer. "He was a great bass player. He had a jazz background."

The band members all had solid backgrounds forged by playing in a tight, competitive and thriving Hartford scene.

For all the notoriety The Wildweeds would achieve for that one song, "The best part of the band was before the record came out," said Anderson. And Zeiner went one better: "The best band I played in was The Ray Mill Brass Trio. We played six nights a week. We were extremely tight."

(Tight, indeed. That trio played four hours a night four nights a week, six hours nightly on the weekends, at a club called the Hofbrau Haus, where they would alternate sets with the likes of Cannonball Adderly, Art Blakey, Sonny Rollins, Yusef Lateef, Horace Silver, Gene Krupa, Cozy Cole and King Curtis. The customers included Boston Celtics legend Bill Russell, who was invited down to hear them by Adderly.)

Anderson has talked often about how country was his first love—picking up WWVA radio all the way from Wheeling, W.Va., as a boy—but his head was turned toward soul in high school.

"It was fun being popular, but going over with the black audience was the biggest deal to me, because black people got so much more going on," he said. "Listening to Sunday gospel or Ray Charles—I learned, really, from him. I started playing in The Impalas at the time I was getting into Ray Charles. He got to the heart of me."

In the early '60s, the future Wildweeds played with each other on and off in various configurations. Anderson, still in high school, played in a late incarnation of The Impalas, the first band with which Zeiner played. Zeiner later played with the Lepak brothers, Andy and Al, in The Blues Passengers, for which Anderson played bass after a series of substitute four-stringers (including Dudek).

Anderson teamed with percussionist Skip Yakaitis, guitarist George Christiansen and the Lepaks (Al on bass, Andy on drums) to form The Six Packs. Christiansen left in 1965. Dudek replaced Al Lepak Jr. in the spring of '66. Zeiner joined the group in the summer. Like the band's manager—the Lepaks' father, Al Sr.—the older Zeiner brought some polish and professionalism with him.

The band had recorded some demos at Syncron ("Fuzzy Wuzzy" is on the CD), but not a single. In October 1966, they returned to cut "No Good to Cry," which had become popular at dances. For a 2:42 song, they spent a lot of time, money and frustration.

"We did that in one day with all the money we had. It was an eight-hour session. It was our first time in the studio (in that lineup)," Zeiner said.

"The original recording session didn't go well. It sounded real good and clean, but it had no soul (until he persuaded the band to change the studio ambience). It was the best we could do at the time. Al was not at his best. He was angry and he had a cold and he really didn't want to sing it, and you can hear that anger in his voice."

When asked if he was angry that day, Anderson said, "I think so. (But) Deep down, I knew I could do it. I was just being an a--hole."

After Cavalier heard the song, he wanted to work a recording deal with the group. At the time, King Curtis, a friend of Zeiner from the Hofbrau days, was a producer at Atlantic Records and tried to get them a deal there.

The band went with Cavalier. He sought to release it on his friend Jerry Greenberg's Green Sea label, but after the song got a wild response from Bertha Porter, then the influential program director at WDRC, Greenberg sought a distribution deal with Phil Chess of Chess Records. Instead, Chess wanted to release the disc himself, and Cavalier, Greenberg and Chess signed the deal in the parking lot of the Post Drive-In, in East Haven. They changed the band name to The Wildweeds to avoid drug connotations, and the rest.

Anderson was asked whether he thought things would have been different had they gone with Atlantic. "That's a total unknown," he said. "Atlantic had a lot more clout. We never liked the sound of our records at all. Atlantic Records' production was great always. I played with King Curtis in Hartford. So did Ray. Probably in hindsight. Who knows if the record would have gotten big?"

That said, "I don't think Chess had what it took to put it through. And we were white."

Listening to the CD, you'll hear a band that ran much deeper than its no-hit one-hit. "Someday Morning" is a shouter even more intense than "No Good"; so is "Where Is the Love." "It Was Fun While It Lasted" is the raw cousin of a polished Motown cut. "Happiness Is Just an Illusion," a mix of breezy, horn-accented soul and mild psychedelia, is also notable for the line "Without one hand of the clock, what good is the other?"—a lyric Anderson recycled when he wrote "Ridin' in My Car" years later.

But like every band, things started falling apart for them, beginning with a brief Midwestern tour in 1968. Bandmates weren't getting along; relations between them and Cavalier were strained, too, and eventually severed. Groping for footing in a changing musical landscape, Anderson led them to radically change course to a country sound.

"Everything was changing with the British thing. We were trying to keep up," he said. "We never got along much, either. We were behind the times, that's all."

"I was the first one to leave, because things started to peter out and I saw it coming," said Zeiner, who has built a career tuning and repairing pianos.

"I enjoyed it," he said of his time with the group. "But I have to tell you, my reaction isn't typical. It was nice, but personally, the notoriety I found to be a problem. (But) I enjoyed it. The band was good and it was exciting in those times."

The band's recorded one self-titled, country-rooted album, released on Vanguard in 1969, that befuddled their fans. (It's not represented here). The band broke up shortly after.

The Lepaks still live in Connecticut; Andrew still plays in the Hartford area. Anderson cut a solo album for Vanguard, but his fate was cast the night Lakaitis (who died of a heart attack in 1988) took him to his first NRBQ show in Amherst, Mass., in 1969. Two years later, Anderson was in the band.

Sober 11 years now and weary of the grind of touring, he left the Q in 1993 to enter the competitive world of Music City songwriting. He gradually began writing for one star after another in the mid-'90s, and in 2000 was given a BMI Songwriter of the Year award.

Most recently, he wrote Tim McGraw's No. 1 country hit "The Cowboy in Me," and has just penned three songs with Vince Gill and two with Patty Loveless. He recorded a critically acclaimed, small-selling album in 1996, "Pay Before You Pump," and recently cut the yet-to-be-released disc "Trailer Ranch," with Bekka Bramlett (late of Fleetwood Mac), Fastball singer/guitarist Miles Zuniga and the members of Mark Knopfler's touring band.

"It's a lot easier sitting on your couch making s--- up than spending 22 hours on a bus and staying at a Red Coach Inn," Anderson said, again with a chuckle. 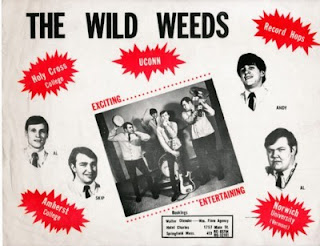