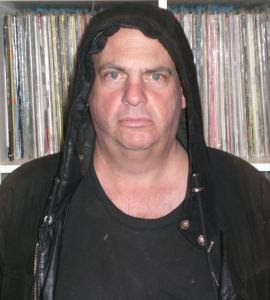 'Sun Ra and the Omniverse Jet Set Arkestra: The Complete Detroit Jazz Center Residency" might be the craziest box set that anyone has ever released. Why? Because it contains 28 CDs that document every note Sun Ra's band played during the final week of 1980. Because Sun Ra, who played piano and synthesizer, was the most controversial, polarizing artist jazz has ever seen. And because the label issuing the music is selling it at a price that works out to $3 per disc.

The set (which can be found for $85 on the website of Downtown Music Gallery, among other places) is the brainchild of Michael Sheppard, who runs the independent label Transparency out of his Los Angeles apartment. Sheppard, 52, was in book distribution before he got into the music business. (He says he once got evicted from an apartment for hiring Sonic Youth to play on the building's loading dock.)

Sheppard started Transparency about eight years ago after seeing concert footage of Sun Ra, whom he had seen only once in concert. "Seeing all these videos, I was just completely in awe," Sheppard said. "I wanted to release these, legitimately." Transparency put out six DVDs of Sun Ra in concert before turning its attention to CDs.

This is where Transparency has made its name, releasing reams of previously unheard Sun Ra music. Much of it had been recorded by band members. None of it, he emphasizes, is bootlegged material. The surviving band members (Sun Ra died in 1993) and, when possible, the people who recorded the tapes are compensated. There is little if any profit in this for Sheppard.

"This is a love interest, not a business cash-in whatsoever," he said. "I just wanted to do this, and do it with everyone's respect and involvement. I'm just a fan trying to do this relatively big project."

While he has produced a steady stream of previously unheard Sun Ra recordings the past few years, nothing approaches the scope of the 28-CD set. And though he says he will be lucky if he breaks even on it, he felt it is his responsibility to make the music available to those who want it. "The major record companies have documented all of Charlie Parker, all of Miles [Davis], Jimi Hendrix, the Grateful Dead," he said. "I guess I just took it upon myself do to this. It was just dropped on my shoulders to release all of this Sun Ra that was not known. I'm extremely proud of that, and there's going to be lots more." STEVE GREENLEE
© Copyright 2008 Globe Newspaper Company.
Posted by Christopher B. Eddy at 12/29/2008 04:20:00 PM