Diggin' Uncle Q CD music Released in 1988, this live set is a companion to the previous year's GOD BLESS US ALL. Diggin' Uncle Q music CDs Both were recorded on the same weekend and together comprise the best possible portrait of NRBQ's live show in the mid-'80s. Where GOD BLESS featured a an engaging relentlessness, this album is a bit more laid-back. There are four extremely diverse ballads: "My Hometown" was from an Andy Griffith Show episode, "You're So Beautiful" was originally by the Watts 103rd Street Band, "Scarlet Ribbons" is a beautiful rendition recorded prior to the show during soundcheck, and the fourth one features the band singing karaoke! The band also rocks ferociously, coming out at full tilt on the opening "It Comes To Me Naturally."

A live session from two different shows. The first side was recorded at Toad's Place (New Haven, CT.) and side two is from Lupo's Heartbreak Hotel (Providence, R.I.). Both recordings were captured without any prior knowledge on the part of the club owners or the fans. The band just hit the stage, rolled tape and took their chances.

From the CD back cover notes:
Tracks 6 and 12 do not appear on LP or cassette configurations. 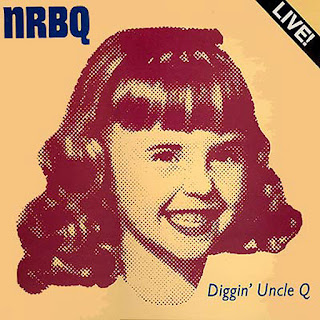 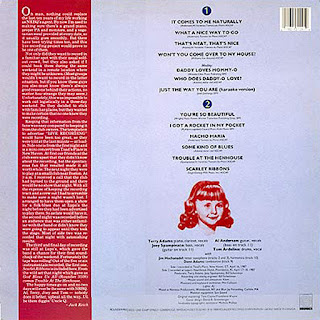