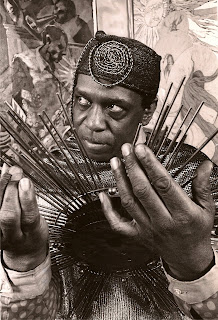 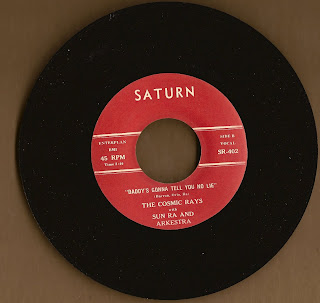 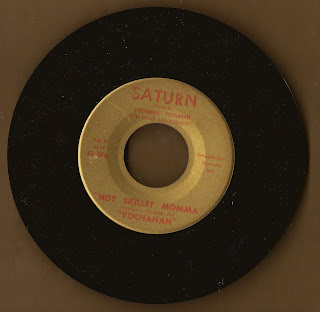 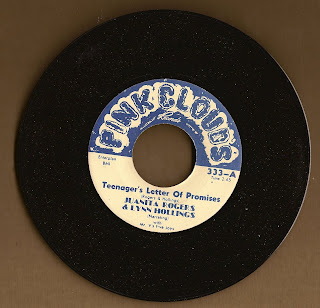 Sun Ra (Herman Poole Blount, b. May 22, 1914 in Birmingham, Alabama according to his birth certificate, Le Sony'r Ra born on Saturn according to his passport) was one of the most prolific and significant jazz musicians of the 20th century. And one of the best dressed. He recorded hundreds of LP's, led one of the finest bands in the world for four decades, composed and arranged countless tunes. He was probably one of the few jazz musicians who could play "inside" and "outside" (ie straight or free-form) at the same time.

For those wanting more info on Sun Ra, John F. Szwed's Space Is The Place: The Lives and Times Of Sun Ra (Pantheon Books, 1997) is essential reading. In fact it's essential reading for anyone interested in jazz or just singular oddballs of the American variety. It's safe to say we'll not see the likes of Sun Ra again. Szwed's study is a good read but it's just the beginning and the study of Ra's career could fill several more volumes easily.

But I'm not the guy for that job, not being much of a jazz critic or historian, the subject of today's blog is Sun Ra's rock'n'roll output. For those who didn't know, Sun Ra was responsible for some truly unique rock'n'roll records. Although they represent a minuscule portion of his recorded output they're all interesting records, and a couple of 'em are downright masterpieces.

Sun Ra's first stab at rock'n'roll was issued on Ra's own Saturn label in 1955 by the Cosmic Rays. In classic doo wop 45 fashion one side was a ballad "Dreaming" and the other an upbeat near rocker "Daddy Gonna Tell You No Lie". Both sides have a pronounced mambo beat and feature lead singer Calvin Barron along with three unknown harmony singers. Sun plays piano, the sides were recorded in Chicago. When collectors kept asking Sunny to re-issue it he couldn't find the master tape so instead issued an a cappella version which was recorded in his living room while rehearsing the group for their studio debut.

A very strange doo-wop recorded was issued under the name of Juanita Rogers & Lynn Hollings with Mr. V's Five Joys on the Pink Clouds label in 1958 and is most certainly Sun Ra's doing. The a-side "Teenager's Letter Of Promises" is an oddball disc by any standard, even Sun Ra's. Juanita Rogers is the Frankie Lymon like lead vocal, Lynn Hollings is doing the strange narration.

Speaking of strange, Yochanan (The Space Age Vocalist) was a Chicago street character that Ra befriended. Yochanan appeared in local nightclubs and on Maxwell Street where he was booked as the Man From Outer Space, the Man From Mars and the Muck Muck Man. He claimed to be from the Sun and appeared decked out in turban (always a good look for a R&R singer), sandals, robes, etc. His performances were both eccentric and wild and as quoted on Szwed's book, one Hattie Randolph remembers catching his shtick in a nightclub in Kokomo, Indiana--"When he started his act and began leaping over the tables, one woman jumped up and shouted, 'He's possessed'! and ran out of the club". One listen to his first single and it's easy to believe.

"Hot Skillet Momma" b/w "Muck Muck (Matt Matt)" attributed to Yochanan (The Space Age Vocalist) is one of the greatest rock'n'roll records I've ever heard. It makes Screamin' Jay Hawkins sound like Johnny Mathis. The world was not ready for Yochanan in 1957 when this disc was issued, and it's probably still not ready. Sun Ra however believed in Yochanan enough to issue another single two years later-- "I'm The One From The Sun" b/w "Message To Earthmen", not quite as wild but still a great record. Saturn issued two outtakes in 1968 when "The Sun Man Speaks" was coupled with an alternate version of "Message To Earthmen".

Not really a rock'n'roll record (this one truly defies classification) is this 1974 recording "I'm Gonna Unmask The Batman" by Sun Ra and his Astro-Galactic Infinity Arkestra. Sunny seemed to have a thing for Batman as he along with a few members of the Arkestra and a couple of guys from the Blues Project cut a Batman TV theme budget LP in '66 which can be found here. Not great but interesting in a cheesy sort of way.

More on the rhythm and blues side is this 1958 Saturn 45 "Hours After" (actually a version of Erskine Hawkins' "After Hours") b/w "Great Balls Of Fire" (not the Jerry Lee Lewis hit) which shows the Arkestra at their bluesiest. This one seems like an attempt to garn some jukebox play around Chicago where the band was based at the time. Also, it's a rare example of Sun Ra recording with a guitarist, in this case Sam Thomas.

My buddy Junie Booth played bass with the Sun Ra Arkestra for many years, he told me when they went to Birmingham, Alabama for Sunny to be presented with the key to the city, midway during the ceremony Sunny turned to him and said "I hate this fuckin' town, that's why I always told people I was from Saturn".

ADDENDUM TO YESTERDAY'S POST: I forgot to mention all of the above 45s and more are available on the 2 CD set Sun Ra: The Singles (Evidence ECD22164-2). It's 49 tunes span three decades and include all the issued Saturn 45's and some alternate takes. Evidence also has fifteen Cd's of Sun Ra Saturn material covering 21 + LP's, many of which are practically impossible to find.
Posted by Christopher B. Eddy at 7/24/2009 05:31:00 AM