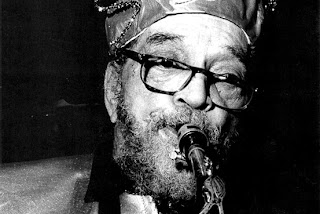 The jazz season in New York has, for more than a decade, reached its climax in June and July, and until this year no less than three major festivals arrived in close succession—the Vision Festival, the JVC Jazz Festival and the 92nd Street Y’s Jazz in July series. If New York’s jazzfests resemble a three-ring circus, the center ring traditionally was occupied by the epic JVC Jazz Festival, a marathon two-week event built around well-known contemporary headliners (and even a few smooth jazz and pop stars). To the right was Jazz in July, where the emphasis is on swing and the songbook; to the left, Vision, which focuses on what is variously known as free jazz, experimental music or the avant-garde (none of these terms being entirely accurate).

Since 1996, Vision has been an ambitious annual gathering of musicians, dancers and visual artists that encompasses nearly 50 events over seven nights, and it is much more like a genuine festival—rather than a concert series—than either JVC or Jazz in July. It has consistently positioned itself as a scrappy alternative to the more formal programming at JVC (not to mention Jazz at Lincoln Center); there has never been big corporate sponsorship or even major record-label support. The tickets are easily affordable ($25 for a four-hour evening; www.visionfestival.org), and the shows—up to five in a single night—traditionally have taken place in basements, abandoned synagogues and other scruffy venues on the Lower East Side.

This year, with JVC canceled, there seemed to be a big black hole in the middle of the jazz-festival season, pulling Vision and Jazz in July slowly toward each other and the center. Something seemed amiss when I approached Vision’s new venue, the Abrons Art Center, and found it wasn’t a desecrated churchyard or the like, but a proper theater with a stage and even padded seats: Hearing free jazz in anything fancier than a metal folding chair somehow seems unspeakably bourgeois (if I can’t fold it, I ain’t sittin’ on it). Vision traditionally begins with an “opening invocation” that amounts to a free-jazz version of a New Orleans street parade up and down the aisles; this year it was notably stagebound and somewhat pointless.

Yet the music presented at Vision in its 14th season has, so far at least, been as irascible and antiestablishment as always—not to mention uncategorizable. It won’t do to call this experimental music, because while the major players presented regularly by Vision (starting with its co-founder, bassist William Parker) are always up for trying something new, they perfected their basic approach long ago. It’s not specifically avant-garde, since they’re not bent on creating a style that legions will adopt (in that sense, Wynton Marsalis’s signaling a return to hard bop in the 1980s was much more “avant-garde”). It’s no longer revolutionary, it doesn’t seek to put other kinds of jazz out of business, but it has become a stratum of the jazz (and even contemporary classical) world that is complete unto itself, with its own heroes, traditions and legacy that goes back before Ornette Coleman’s breakthrough “Shape of Jazz to Come” album of 50 years ago.

The stars of the first two nights were alto saxophonist Marshall Allen, director of the Sun Ra Arkestra and the recipient of the festival’s “Lifetime Recognition” award, and violinist-bandleader Billy Bang. This year, his group, Brass Bang, comprised three trumpets, trombone, drums and the leader’s fiddle. Mr. Bang succinctly demonstrated the possibilities of free playing: At the start, the music was playful, like children talking to each other using horns as voices; then it got loud and screechy, almost unbearably so—as avant-garde music is often inclined to get. For a finale, Mr. Bang caught us all off-guard (or even off-avant-garde): He and trumpeter James Zollar offered a unique interpretation of “Take the A Train” in which they seemed to re-create all the rules of music from the ground up, showing how the application of each step can lead to something as beautiful as the great works of Duke Ellington and Billy Strayhorn.

Probably because of the appearance of the Ra Arkestra, the Abrons Center was packed Wednesday night—it’s a lot smaller than the previous venues. Mr. Allen, who, at age 85, is easily the grand old man of the avant-garde, was featured in a rare non-Ra outing with a small group consisting of two saxes (tenor saxophonist Kidd Jordan, the octogenarian free player, was the other), two basses (William Parker, Henry Grimes) and drummer Hamid Drake. In this music, there are no conventional notions of background and foreground, and every sound exists principally in relation to something else. Sometimes, it just seemed like a bunch of guys blowing their brains out; other times, the interaction between Mr. Allen and Mr. Jordan was wondrous to behold.

Mr. Allen’s vocabulary of shrieks and squawks and postmodern saxophonic wizardry was also evident in his set with the full Arkestra—the only ghost band with an original leader who was a supernatural entity to begin with. As always, the 18 members paraded out in Halloween costumes that looked like Mardi Gras on Mars, began with banshee-like howls and overblowing, but then, when they got down to business, created swinging and appealing big-band jazz. Their sloppy but engaging style is based on riffs, a shuffle beat and the blues. There are even familiar chord changes, as on an original pop-style song (“Dreams Come True”) that seemed based on the harmonies of “Jeepers Creepers.”

The Arkestra’s set provided the climax on Wednesday, not least because of Mr. Bang, who sat in with the big band, decked out like an interstellar gypsy. His solos here were perhaps even more passionate than with his own group, and while I’ve seen him look deadly serious in other contexts, here he was enjoying himself immensely—as was everybody in the Abrons Center. This music may have significant sociopolitical baggage attached to it, but it’s also just plain fun.