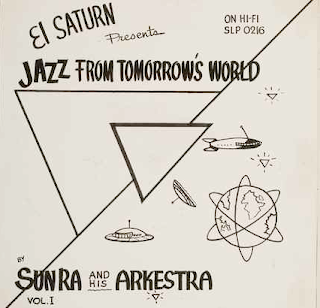 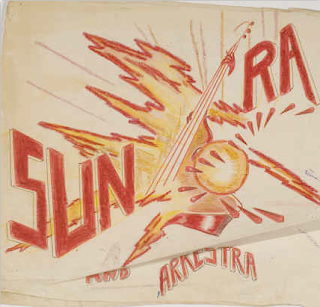 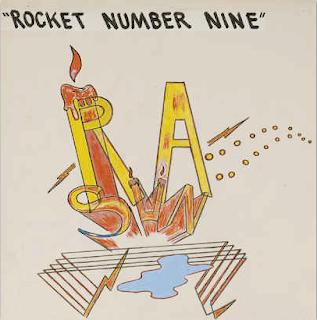 Sun Ra redux An exhibit casts new light on the late jazz musician and utopian thinker who lived in Philadelphia for 25 years.

'I do not come to you as reality; I come to you as the myth. Because that's what black people are: myths."
Baffling as it may seem, this quotation from the 1974 film Space Is the Place is one of Sun Ra's clearer pronouncements. The late pianist and leader of the Sun Ra Arkestra did indeed create his own myth, propagating a mystical, sci-fi worldview that can seem like a put-on, well removed from reality.

In fact, Ra's eccentric visions were a response to one of the harshest realities of all, the oppression of African Americans.

He was hardly the only jazz musician to speak to injustice through his art. But in an avant-garde jazz pantheon full of offbeat characters, Sun Ra truly upped the ante, claiming to be from Saturn. (He was born Herman Poole "Sonny" Blount in Alabama in 1914.)

"Pathways to Unknown Worlds: Sun Ra, El Saturn & Chicago's Afro-Futurist Underground 1954-68," an exhibit of art and memorabilia on view through Aug. 2 at the Institute of Contemporary Art, offers an extraordinary glimpse at the early career of Sun Ra - composer, entrepreneur, utopian thinker, and black-culture icon, and a Philadelphia resident from 1968 until his death in 1993.

In an April 23 walk-through of the two-room exhibit, curator John Corbett, a journalist and self-described Sun Ra fanatic, was all contagious enthusiasm as he discussed the displays: original album-cover art, sketch books, mimeographed polemics and manifestos, handbills, business cards, invoices, contracts, and other ephemera, as well as video installations and listening stations.

The exhibit was first shown in Chicago in late 2006; images can be found in a companion volume published that year by WhiteWalls. The works include sketches and other art from Sun Ra and his collaborators, including friend and manager Alton Abraham.

In one vitrine is a pink postcard, an ad hoc advertisement for the Arkestra scrawled in blue pen: "Hear the live tones of the space-future knocking at your door. . . . Take a tone adventure into the future. . . . Hear living reality in a prevue form. . . . A gift from the airy sun kingdom. . . ."

Corbett took pains to contextualize Ra's outer-space jargon and "its relevance for African Americans as a concrete metaphor, which all revolved around the idea of self-invention." In a brief essay, multimedia artist Camille Norment arrived at a different insight: "What really struck me once I began to comprehend Sun Ra was the realization that he was a nerd."

In that regard, Ra and his diehard followers have a lot in common. During a reception in the ICA lobby, a DJ spun vintage Sun Ra vinyl and cued up an original 45 r.p.m. pressing of "Enlightenment," which sounds like merry-go-round music from, well, Saturn. Corbett and John Szwed, author of Space Is the Place: The Lives and Times of Sun Ra, stopped in mid-sentence and leaned in to look at the turntable in awe.

Sun Ra's head may have been in the clouds, but his business practices were earthbound, savvy, and prescient. El Saturn Records, founded in 1957, which he ran with his manager, Abraham, was "one of the very first artist-run labels," says Corbett, adding the examples of Harry Partch's Gate 5 and Max Roach and Charles Mingus' Debut.

The do-it-yourself ethic came to play a huge role in punk and other indie genres. At a time of widespread economic change and dislocation, DIY is now a given in nearly every branch of the arts. Sun Ra's obsession with the future wasn't so wayward after all.

El Saturn's strategy, which entailed making and selling records in very small quantities, also prefigured today's print-on-demand model of self-publishing. But there was a political element as well.

"The idea was rooted in a local grassroots, Afrocentric community of black businesses and designers," says Corbett. Ra and Abraham "pulled people into the fold to make fliers and design things for them, coming up with this look that incorporated space, the Bible, apocalypse."

The results, including original hand-drawn cover art for Other Planes of There and We Travel the Spaceways, line the walls of the ICA exhibit.

In addition to a July 8 lecture by Szwed on Sun Ra, the ICA has other events planned, including a double-feature screening of the films The Brother From Another Planet and A Joyful Noise on July 15; a performance by groundbreaking Philly DJ and Sun Ra devotee King Britt on July 22; and a July 1 concert by the Sun Ra Arkestra under the direction of alto saxophonist Marshall Allen, a core Arkestra member from the beginning. Ars Nova Workshop also will present the Arkestra at Johnny Brenda's on May 24, ringing in Allen's 85th birthday at midnight.

Sun Ra's musical influence still looms large in Philly. Allen and roughly a half-dozen Arkestra members live on Morton Street in Germantown, in the residence known informally as the Sun Ra house, which is used as a rehearsal space and continuing focal point for the band.

Corbett, who bought and salvaged the Chicago "Pathways" materials after Alton Abraham's death in 1999, recognizes the poignancy of bringing the show here.

"There's no place more logical for it to be than Philadelphia," he said. "This is the place where Sun Ra finally felt comfortable enough to stay."

Greg Drusdow, the Arkestra's publicist and a font of Sun Ra lore, offers more on the thinking behind Ra's move to Philly, which the pianist once referred to as "death's headquarters":

"He realized that if the Arkestra was going to make the impact it needed to make on Earth, it had to go to the most dangerous and problem-ridden place on the planet, the place that needed the awakening only the Arkestra could bring."